The Scroll Lock is a lock key that is meant to lock all scrolling options depending on its toggling state. Initially, it was designed to change the behavior of the arrow keys on the original IBM PC keyboard.

Do you have a PC? Then check this article about the Scroll Lock Key on common PCs

Different modern operating systems, however, allow the scroll lock to have dynamic functions when toggled, and can even assign it various functions.

Just like Caps Lock or Num Lock, Scroll Lock comes with a persisting state when pressed and released. The state can only be changed by pressing the key once again.

Where is the Scroll Lock Key on a Mac Keyboard?

The most common laptops, including Dell, Lenovo, and HP, have Scroll Lock keys on their keyboards. If they don't have it, they at least provide shortcut keys to toggle Scroll Lock on and off.

However, there is no key marked with the "scroll lock" text on a Mac. But this doesn't mean you can't have access to it.

So what would you do if you were busy navigating a spreadsheet and accidentally triggered Scroll Lock on your Mac? What key would you press?

Standard Mac keyboards don’t appear to have a pre-defined Scroll Lock key like standard PC keyboards have. Luckily, the Mac keyboard has the F1 to F14 keys, which perform various functions.

The secret key to toggle Scroll Lock on Mac extended keyboards is the F14 key! Note that you ought to have enabled the F keys in the system preferences for them to work.

However, the powerful F14 key doesn’t necessarily need to be enabled in the system preferences for it to work as the Scroll Lock. Scroll Lock on Mac keyboards (specifically OS X Mavericks) can be switched on and off by pressing fn + F14.

The F14 key proves to work perfectly fine on extended keyboards. A big problem, however, arises regarding the short keyboards, like the ones used in the MacBook Pro and MacBook Air.

They simply do not have the F14 key because their F keys run from F1 only up to F12. This leaves us with little or no chance of ever triggering Scroll Lock on these keyboards.

To turn on and off Scroll Lock on an Apple computer, press the fn + Shift + F12 keys. To disable Scroll Lock, press the same key combination again.

How To Unlock Scroll Lock on a Mac Keyboard

If you have a full-size keyboard, you can unlock your scroll lock by clicking the F14 key. If you have a small/short keyboard, then press the keys fn + Shift + F12.

Depending on your settings, you might also need to combine Shift + F14 for you to turn Scroll Lock off and on using the Mac keyboard. These solutions work for most Mac owners. If they don’t work, try Command(CMD) + F14.

How Do I Turn Off Scroll Lock in Excel for Mac? 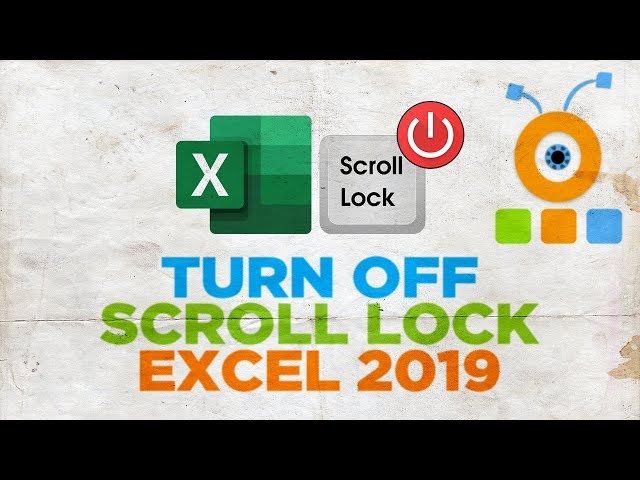 We know how infuriating it can be when you are scrolling through a spreadsheet using the arrow keys and, all of a sudden, the selected cell changes. This problem arises when Scroll Lock is on, and instead of the arrow key scrolling normally, it scrolls across the cells.

Luckily, the solution to turning off Scroll Lock is just one click away for Mac users, and that is the F14 key. Shift + F14 and Command + F14 can also come in handy if the F14 key doesn't solve the problem independently.